EAT FOR WELLNESS, LOVE YOUR FOOD

Greetings! I was so hungry during my workout tonight, I’m pretty sure I was thinking up this dish for a good half of my training. I couldn’t wait to get home and make it. It took all but maybe 10 or 12 minutes, and it was inspired simply by what I knew I had in my kitchen. I am sort of on a shitake kick right now too…having shitake cravings (anyone else experiencing that??). Feel free to adapt the veggies based on what you have. Enjoy! INGREDIENTS - 3 raw zucchinis, peeled an

How to Make Almond Milk

Greetings! So I’ve been craving chia pudding for the past few days. I relied on raw chia pudding (made with homemade raw almond milk) for about 3 weeks when I was on a full body detox this past February. It’s so tasty and filing and satisfying, especially when you’re on a raw detox. I actually haven’t had it since, and it just doesn’t taste the same with store-bought almond milk. So, I decided I’d make almond milk (just so I can make chia pudding), AND I decided I’d also make

5 TIPS TO GET IN THE MOOD WITH FOOD

15 Tips to Get Healthy, Lean and Energized

How to Make Green Smoothies

5 TIPS TO GET IN THE MOOD WITH FOOD

2 Distinctions that will Simplify your Food Life (Part II)

2 Distinctions that will Simplify Your Food Life 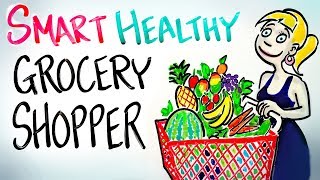